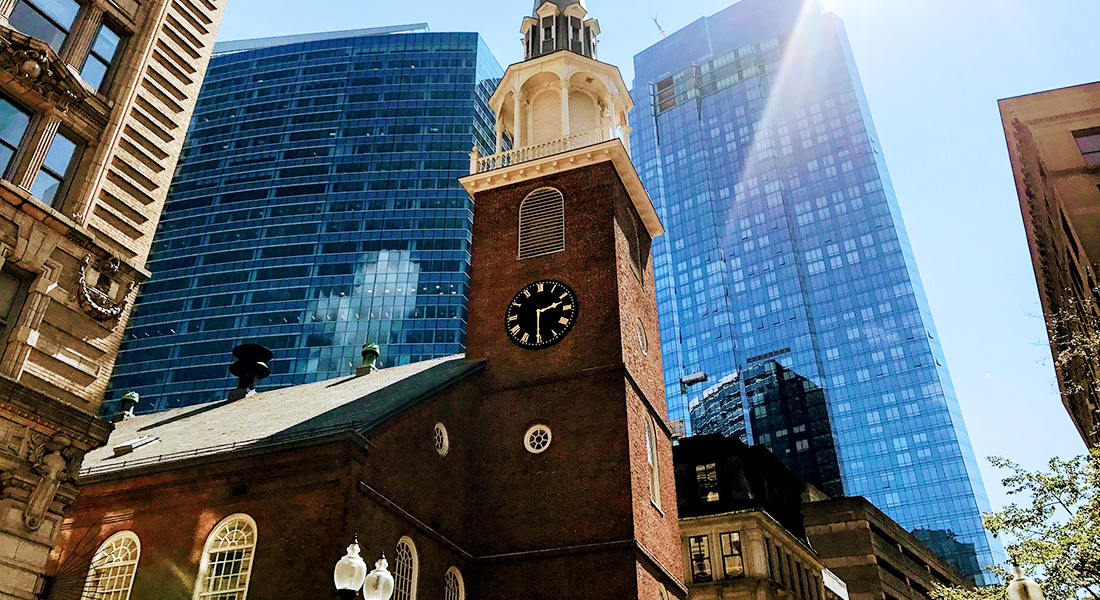 Boston, the capital and largest city of the Commonwealth of Massachusetts, is one of the oldest cities in the United States, founded in 1630 by Puritan colonists traveling from England.

THE CITY OF BOSTON

Today is considered the leading center of higher education with many important colleges, universities and research labs, leading the nation in medical research. Boston is also called a “city of neighborhoods” because of the high number of profoundly diverse neighborhoods located in such a confined area.

The city has officially 23 neighborhoods; among the 23 we find the Financial District with its modern architecture, Back Bay with its historic landmarks such as Copley Square and Newbury Street, Downtown with its low-rise buildings, and a mix of interspersed commercial and residential areas known for single-family homes, cobblestone streets, lanterns and wooden multi-family row houses. Boston is considered one of the most charming city of the US, and it’s also the one with the highest costs of living.


Traveling to Boston? See our exclusive tours and offers

With a continental climate, influenced greatly by the Atlantic ocean, Boston is very prone to Nor’easter weather systems that can produce much snow and rain, with most snowfall occurring between the month of December and March.

Boston is also subject to very high temperatures in summer and below freezing in winter, but such excursions are usually short and rarely extended over a long period of days. The coldest month is January with a temperature averaging 29.0 °F (−1.7 °C), the hottest month is July, averaging 73 °F (23.0 °C). Spring and fall are usually mild and their temperatures depend greatly by wind conditions.

Boston is doubled the “The Walking City”, indeed it has more pedestrian commuters than any other comparable city. It also has a public transportation system, MBTA, also known as the “T”, and with more than a third of Bostonians commuting by public transports, the city has the fifth-highest rate of public transit usage in the whole country. The system operates a network of buses, subway lines and water shuttles. Boston Metro is the oldest underground rapid transit system in the Americas.