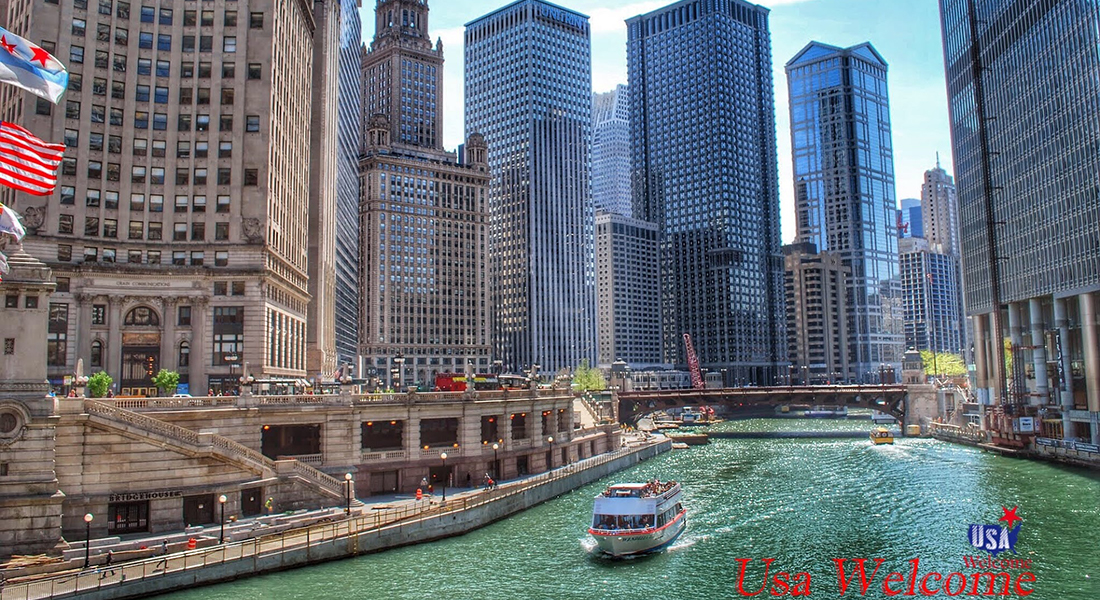 With 2.7 million residents Chicago is the most populous city of the US after NYC and LA. Today, the city is an international hub for technology, telecommunications and finance and ranks 7th in the world in the Global Cities Index.

The City of Chicago


Every year Chicago hosts more than 40 million visitors, both international and domestic, offering arts, sports and special events throughout the year. Chicago is also known for its cultural diversity and grand architecture.

Chicago is located on the on the southwestern shores of Lake Michigan, the Great Lakes region. Chicago was severely destroyed by the Great Chicago Fire in 1871, which sequentially led to the largest building boom in the history of the United States. Today, Chicago has one of the tallest and most dense Skyline in the world. The Chicago-Loop is the central business district, but Chicago has many residential neighborhoods as well as large city-parks.

The famous Chicago Lakefront is one of the most photographed Skyline in the world. Chicago is also referred to as the “Windy City”, but even though strong winds can affect the area, it is less windy than many other major American cities. In fact, it’s thought that the nickname could derive from the Chicago political environment from the 1800s or from a well-thought campaign created by the Chicago tourism board to boost the city as a “pleasant, breezy, lakeside” destination, ideal in the summer.

The city is also well-known for its many historic landmarks, museums of international importance, art-galleries and some of the best restaurants in the nation.
Traveling to Chicago? See our exclusive tours and offers

Chicago has a humid continental climate which means 4 distinctive seasons: warm springs, hot and humid summers, mild falls, and cold winters.
Temperatures reach the lowest around January / February with a daily average of around 24 °F (−4.0 °C) and the highest around July / August with a daily average of around 80 °F (27 °C). Year-round, temperatures tend to drop at night by several degrees. Chicago also offers an extensive public transportation system, and it’s one of the only two cities in the US to offer 24-hour, 365-day a year service. (The other one is New York City). The public transportation, also called CTA [Chicago Transit Authority], operates an extensive network of buses and a subway system known as the ‘L’ (for “elevated”). These rapid transit lines also serve both Chicago’s Airports: Midway and O’Hare.


WANT TO KNOW MORE? Explore Chiacago Now
We are your your local Tour Agency in New York City