What exactly is The South-West?

This Itinerary will take you across the South West starting from the pacific coast in California and then heading over to Arizona, New Mexico, Texas, and Nevada, with the option to extend your stay to visit Utah's National Parks.

This is a vast area, you will have to drive "a few" miles, but the scenery is quite incredible. It's also the region deeply rooted in Native American culture and heritage. You will be able to visit Indian reservations, learning more about their past, as well as exploring the border with Mexico where you will really feel first-hand the Mexican influence!

This itinerary is planned so you visit the region in 16 days.


When to plan your South-West Vacation?

Just like for the other itineraries that take place in the South West, the best seasons are probably Spring and Fall to avoid the excessive heat. Summer is, of course, the dry season with little to none precipitation but the heat can be quite unbearable especially if you want to spend time outdoors. Winter, on the other hand, could be a bit tricky because you might be subjected to winter storms and snow, and your itinerary will have to be modified accordingly.

Some of the most beautiful cities in the South West with Sedona, Santa Fe and Albuquerque.
The White Sand National Park and the Caves of Carlsbad
Discover the Border with Mexico in El Paso, Texas
Visit real Adobe Houses and the typical Spanish & Mexican Pueblos Architecture
A Trips amongst Nature, Natural Parks, Deserts, Historic Towns and Native American Villages

Please complete the Form below with your Request

Send us your request! We will be happy to provide you with our best offer and the itinerary according to your needs.

* ALTERNATIVELY YOU CAN START FROM PHOENIX 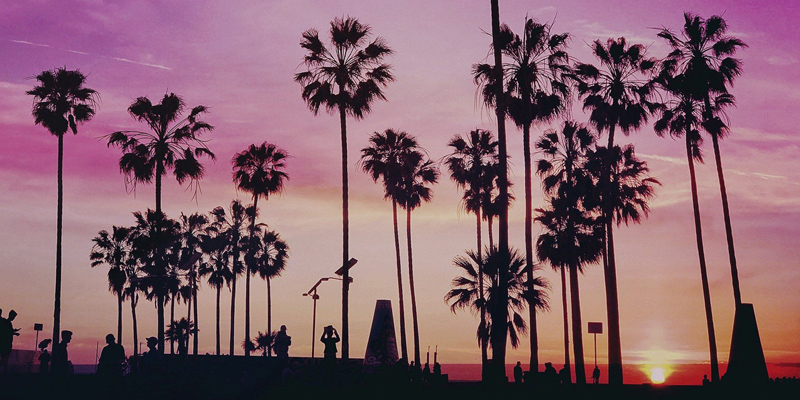 Arrive at LAX Airport. Pick-up your rental car and check-in in Hotel. 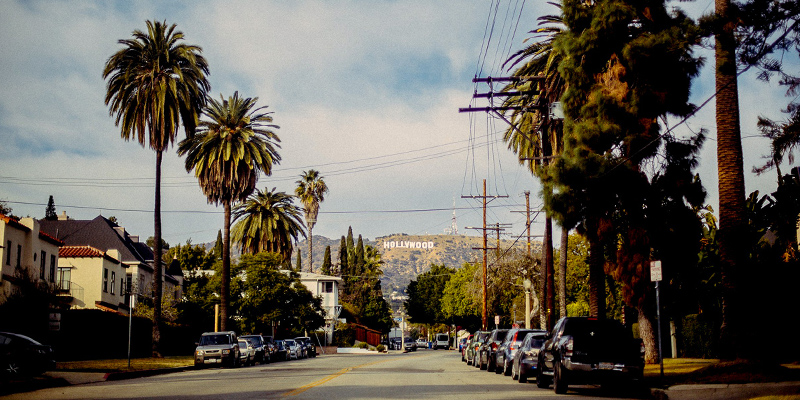 A full day to explore Los Angeles. You can drive around LA stopping at popular sites like Santa Monica, Venice Beach, Beverly Hills, and Hollywood.

Alternatively, you could take an escorted tour to visit and discover as much as you can in a day.

LA has plenty of things for you to do and discover including popular Theme Parks like Disney & Universal Studios Hollywood. 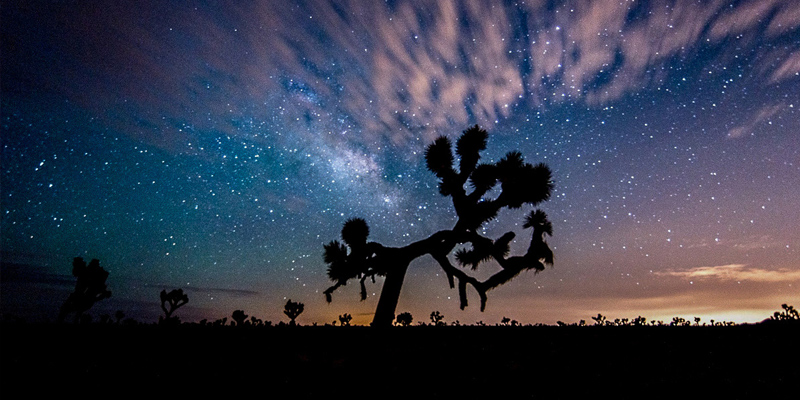 If you leave early in the AM, you will be able to spend the morning and an early lunch in Palm Springs.

After lunch, head on over to Joshua Tree National Park. If you don't mind driving a little bit more, we recommend driving to the West Entrance of the park, located about 38 miles (ca. 61 km) from Palm Springs (50 minutes by car) so you can end up driving across the entire park West to East for a bit over 60 miles (ca. 97 km)/1h27.

After the park, keep on driving towards Yuma (AZ). You will have to drive at least 2 h 29 min (148 mi (ca. 238 km)) from the Chiriaco/Summit Exit of the Park to reach Yuma. You will arrive in Yuma by evening. 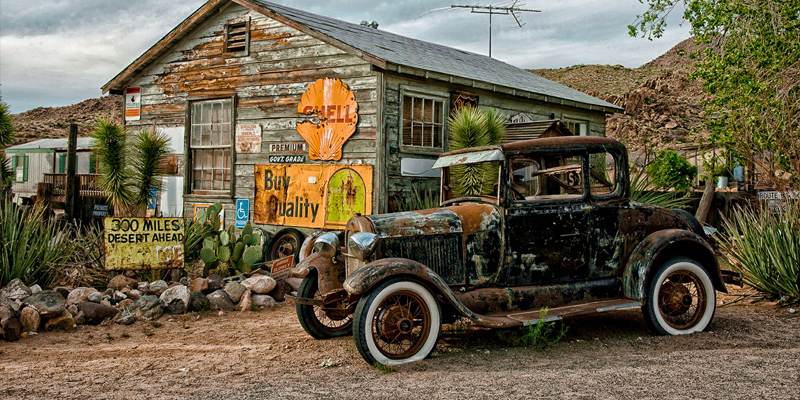 Take some time to explore Yuma and rest from the driving you did the day before. You can easily spend the morning and lunch in Yuma and discover this Wild West Town. This lovely Western-era town is located right on the banks of the Colorado River and features many "Wild-West-era" attractions including the steam locomotive from 1907 of the Southern Pacific Railroad, the famous train to Yuma that run through the city.

If you are into Westerns, make sure to visit the Yuma Territorial Prison State Historic Park where you can see well-preserved cells and guard tower of the original prison of the West! 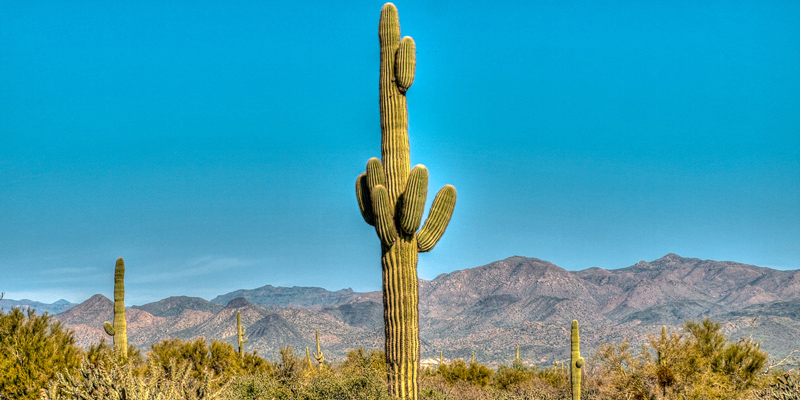 If you think about Arizona, what's the first thing that comes to mind? Cactuses, maybe? After all they have them printed on their License Plates!

Spend the morning touring the Saguaro National Park (located right by Tucson) to check the giant Cactuses, and then stop by the Tumacacori National Park (47 miles (ca. 76 km) by car from Tucson) to visit an authentic Native American Village.

In the afternoon, you can stop by the quaint town of Bisbee (26minutes by car / 25 miles (ca. 40 km) from Tombstone) and take one of the popular Mine Tours to better understand how this region developed during the years and the deep connections to the Wild Wild West era.

Later, reach the iconic Tombstone Village considered to be the most authentic Western Town left in the US and where (not surprisingly) many Western Movies including the "OK Corral" have been filmed.

Night:Tombstone The Tombstone Grand*** or similar 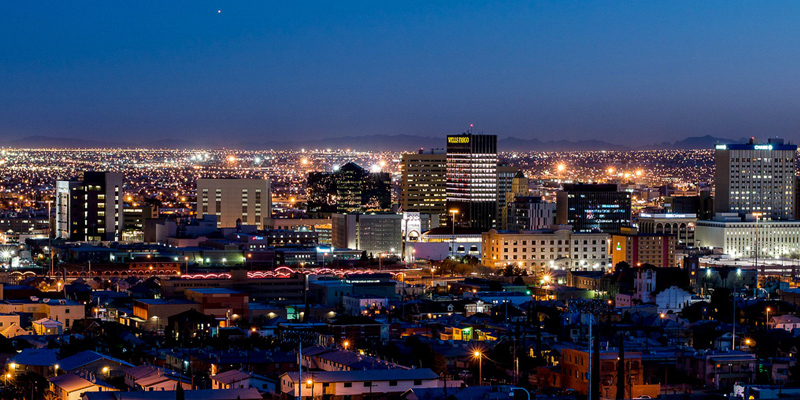 Today, you will continue towards the state of Texas and the city of El Paso (4h34 min - 305 mi (ca. 491 km)). El Paso is such an interesting city full of culture and history located right on the border with Mexico. But probably you have heard about this town not because of its heritage and mix of cultures, but for its presence in countless action movies. After all, it's neighboring Mexican equivalent is Ciudad Juarez simply considered the most dangerous city not only in Mexico but in the world.

The two sides of basically the same city are connected by a bridge, one of the most patrolled borders in the US. 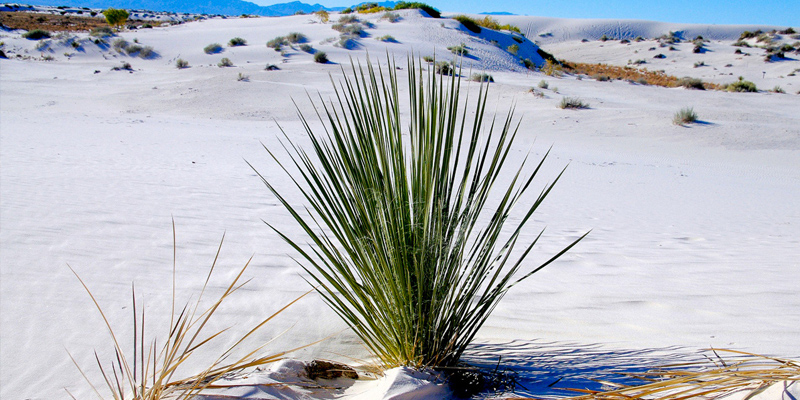 Today you will have some driving to do. You want to head North towards Las Cruces and the incredible White Sand National Park.

From El Paso to Las Cruces 50 min (46.3 mi (ca. 75 km)) and to White Sands National Park 54 min (52.3 mi (ca. 84 km)).
You can stop in Las Cruces for a coffee break before entering the National Park to visit the incredible rolling of white-sand hills in the middle of the Chihuahuan Desert.

In the afternoon, you will continue towards Carlsbad and the Carlsbad Caverns National Park. You will have 2h46 min (149 mi (ca. 240 km)) by car.

Night: Carlsbad US Travelers inn and suites*** or similar 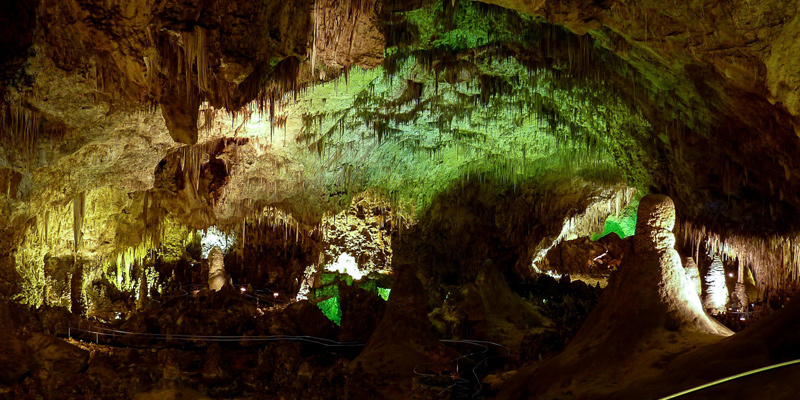 In the morning, head over to the Carlsbad National Park. Here, you can explore the Chihuahuan Desert and the over 120 caves hidden beneath the desert surface formed due to the sulfuric acid dissolving the limestone and creating caverns of all sizes.

After the visit, you can head over to Roswell, the city that became famous after sighting a UFO. It's located relatively close, just 1h15 by car (77 miles (ca. 124 km)). Here you can enjoy a stroll around the historic center, break for lunch, and maybe spend the afternoon on a UFO Tour and/or exploring the International UFO Museum!

After spending a few hours learning more about UFO and aliens, you can continue towards Santa Fe for an evening arrival. It will take you about 3 hours to cover the 191 miles (ca. 307 km) between the 2 cities. 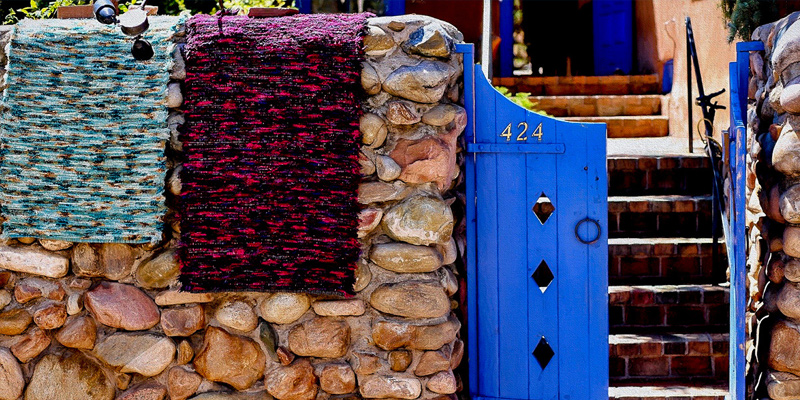 Santa Fe was founded in 1610 as a Spanish colony. It is one of the most iconic towns you will explore during this itinerary. It features a very distinct Pueblo-style architecture with the classic "Plaza" found in the middle of town. The town is also famous for its art galleries, boutiques, and excellent restaurants heavily influenced by the Spanish and Mexican culture. 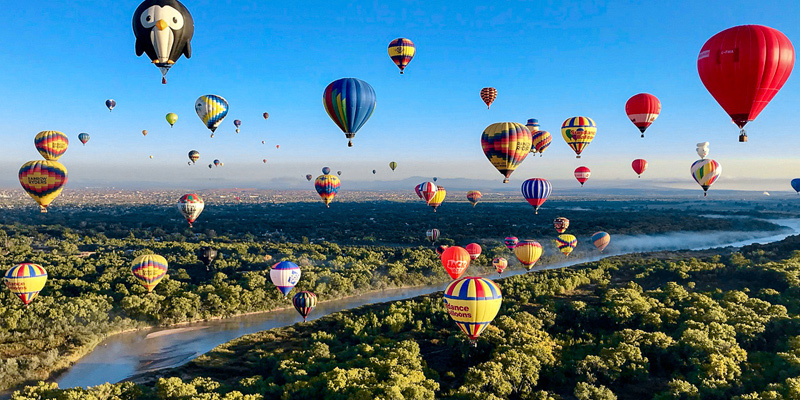 The two towns are not that far, just 65 miles (ca. 105 km) / 1h by car. As Santa Fe, Albuquerque Old Town shows a traditional Spanish and Mexican architecture with the characteristic Adobe Houses built with dirt, rock, and straws typical of the Mexican-influenced towns called Pueblos.

You can spend the day touring Albuquerque, and if you want you can ride the panoramic Sandia Peak Tramway to the top of the Sandia Mountains (10,378-feet) from where you will have an incredible 360-degree panoramic view over the entire region. 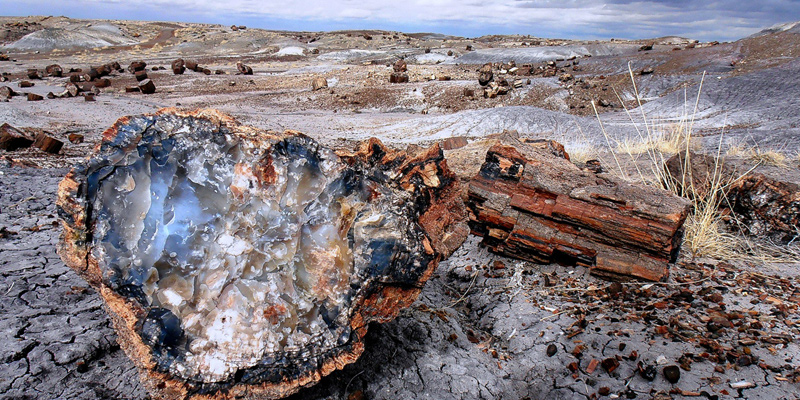 Visit Park famous for its unique Rainbow Forest and its colorful petrified wood.

Check-in in your hotel on the way to Sedona. 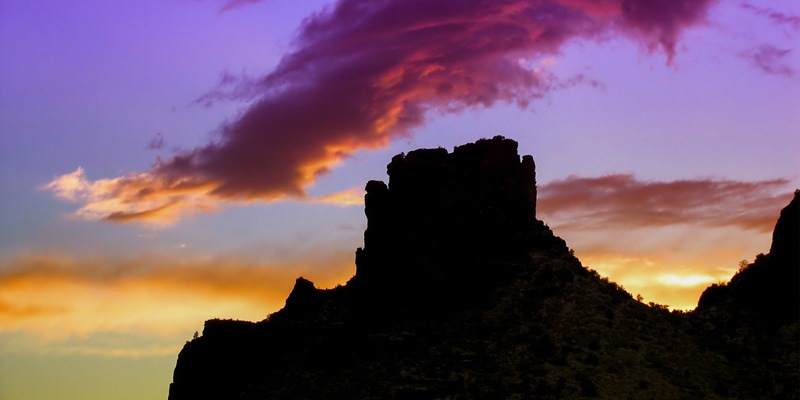 Arrive in Sedona by late morning. Consider that you will have approximately 120 miles (ca. 193 km) / 2 hours to drive. 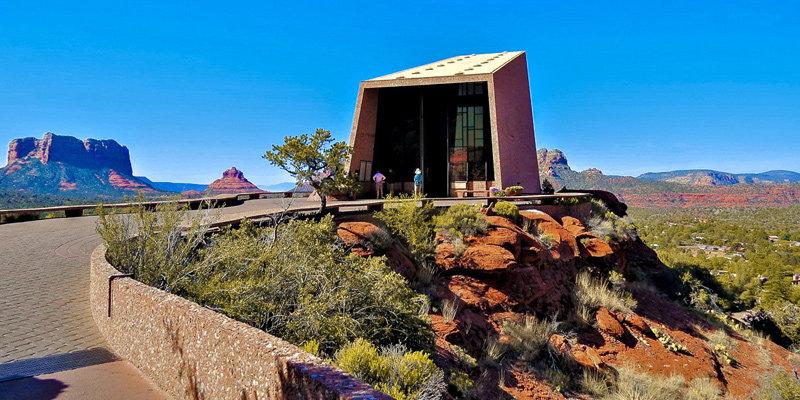 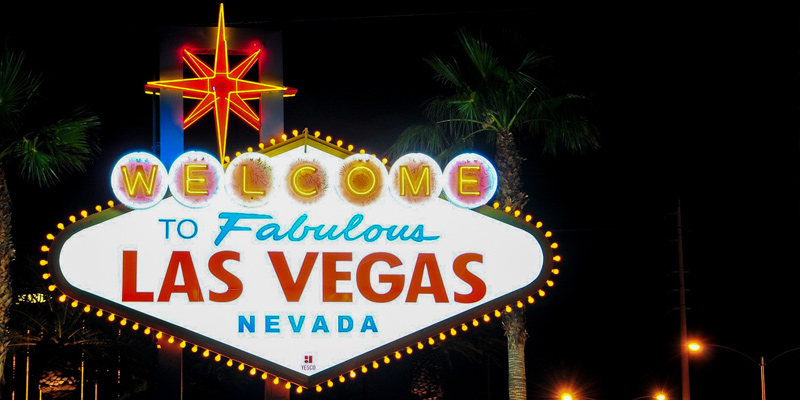 On your way to Vegas, you can stop to visit Hoover Dam and Lake Mead and learn how the constructions of the Dam shaped the entire region. 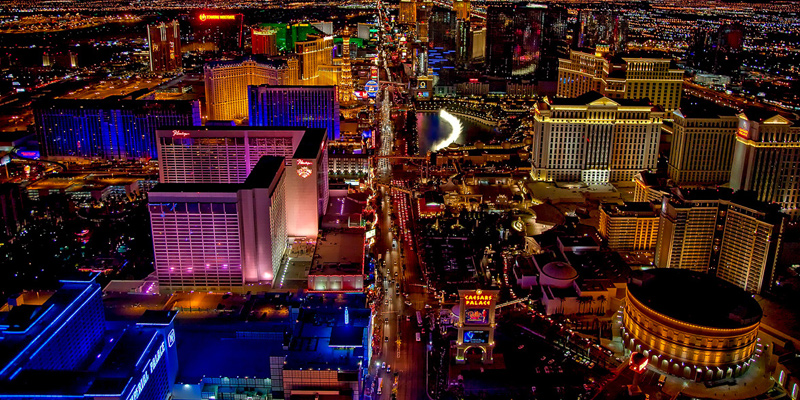 Enjoy a day exploring fabulous Las Vegas from the modern Strip to the Old Vegas. 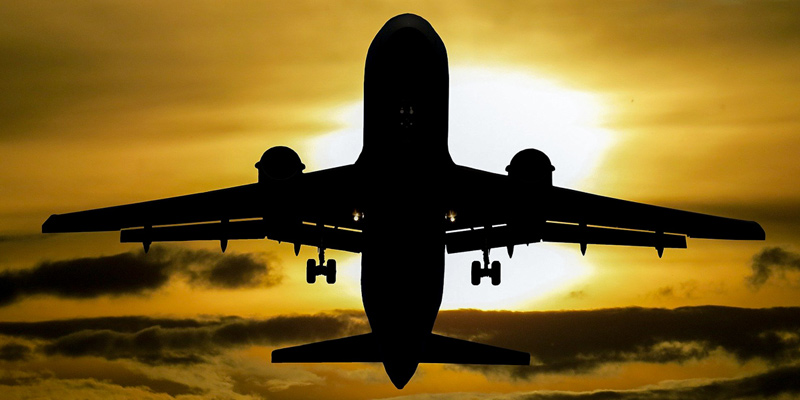 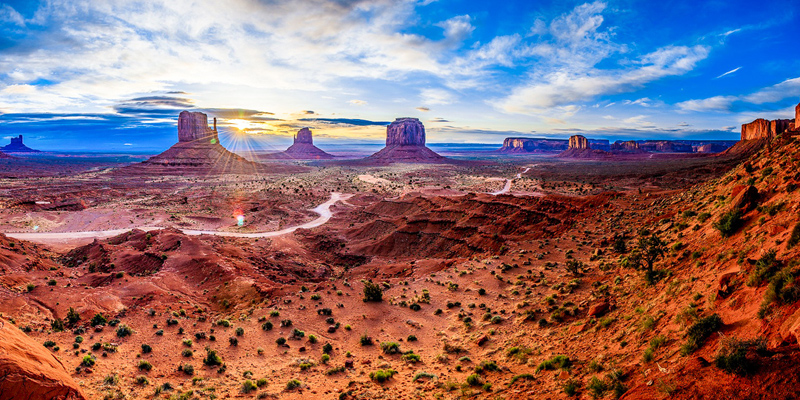 Combine this Tour with the National Parks Loop —

On the 14th Day, from Sedona, you will head over to the Grand Canyon National Park.

From here, you will do the National Parks Loop including The Horseshoe View Point > Lake Powell & Page >  Antelope > The Monument Valley > Mesa Verde National Park > Moab & The Arches of Utah > Bryce Canyon > Zion National Park and ending in Las Vegas.

“When purchasing your vacation activities don’t take a guess!”
Our team  carefully selected all local operators we collaborate with to ensure that our clients get the best possible service. All products we advertised in our website are offered by reliable suppliers that have been in business for several years and that are recognized to be leaders of excellence in the travel industry. In your travel documents, you will find complete information on the local operator, including contact numbers in case of an emergency. If you need additional help our customer service will be happy to further assist you, contact us!!
How to
get there

International Travelers? We certainly recommend adding a Medical Insurance while traveling in the US as medical bills are quite expenses. When picking a company, check that there is a 24/7 costumer service and compare the prices of the various policies and the limitations.

International flights are not included in the price of this package.
From $955.00
Secure Checkout + Pay Later Option*
We are your your local Tour Agency in New York City